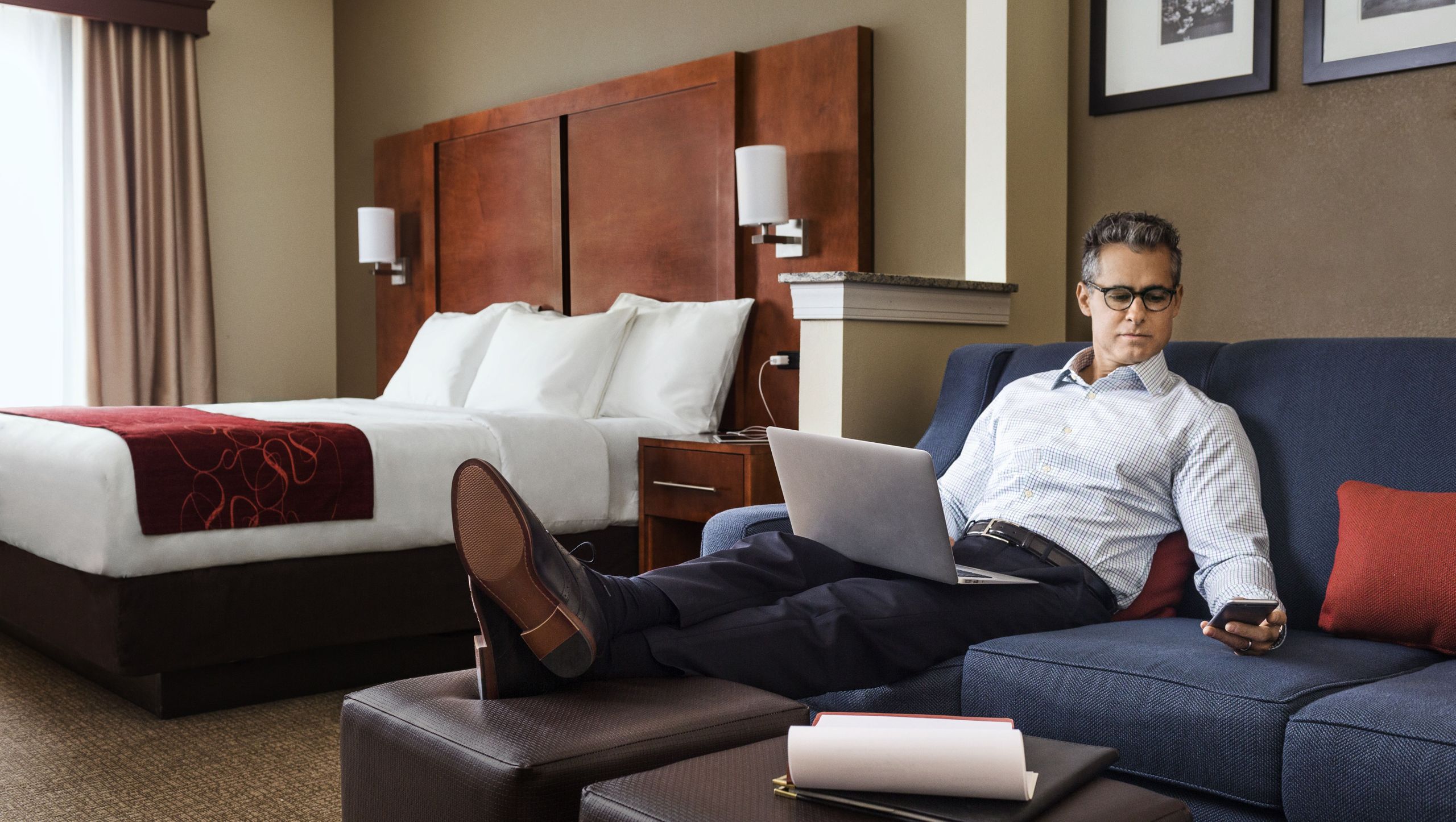 Hotel guests have repeatedly complained about the state of Wi-Fi while traveling, and hotels are finally heeding the call for improvements.

In addition to increasingly offering free Wi-Fi, especially to loyalty club members, hotel companies are requiring that their properties improve the quality of the signal they offer. The efforts are in response to guests using multiple devices to stream, download and upload larger files.

“There is not really an end in sight for a hotel guest’s insatiable need for more bandwidth,” says Robert Cole, founder of RockCheetah, a travel consulting firm.

IHG has an IHG Connect program that will expand to 1,500 hotels in the Americas by the end of this year. The program increases bandwidth and uses cloud-based Wi-Fi technology. There will be an auto recognition feature for IHG Rewards members. Guests just have to sign in once to access hotel Wi-Fi at all IHG Connect-enabled hotels and will automatically be connected during future visits.
Each year, Marriott International sets annual standards after a review of hotel internet usage and industry trends. Minimum bandwidth standards are based on the sizes and locations of hotels. For instance, the largest hotels in the Americas, with rooms of 1,500 or more, have a minimum of 600 megabytes per second (mbps). A 500 to 999 room hotel, where most full-service properties fall, would have a minimum of 300 mbps. That can also fluctuate in cities depending on demand and customer mix.
Guests at two of Wyndham’s midscale and economy brands will see improved Wi-Fi service by next summer. Wingate by Wyndham is offering free expanded premium Wi-Fi to all its guests, requiring hotels to have at least 100 mbps of free bandwidth by year’s end. Effective June 1, 2017, Microtel Inn and Suites by Wyndham is requiring hotels to offer 50 mbps of free bandwidth.
At nearly 200 Hyatt hotels, the Wi-Fi remembers a guest’s device, so the guest is only required to sign in one time across all the properties. Hyatt expects to roll that out across all hotels in 2017. Nearly 90% of Hyatt Hotels have made investments in Wi-Fi in the past three years. Higher bandwidth has been required recently.
Choice Hotels is raising hotel requirements for Wi-Fi speed and bandwidth. These higher performing Wi-Fi requirements must be put in place by March 1, 2017.

“Choice Hotels sees superior Wi-Fi no differently than hot water and bedding,” says Anne Smith, vice president of brand strategy for Choice Hotels. “It is a necessity. And, as guests’ Wi-Fi needs evolve with newer technology, we are evolving with them.”

IHG made some of its changes after an internal survey this fall found that 71% of 1,113 adult consumers encountered issues such as slow or interrupted service or difficulty logging in to public Wi-Fi networks in places like hotels, airports and restaurants. And 85% of those consumers said they believe public Wi-Fi networks should be built to support multiple devices and streaming.

“Everybody is always connected or needs to be or wants to be,” says Jeff Eckard, vice president of technology for The Americas, IHG. “We want to win the Internet game for all of our guests.”

Many hotels have shared Internet access, but IHG Connect-enabled hotels have dedicated Wi-Fi access through routing that goes directly to the property. Though IHG declines to say what its minimum bandwidth is for hotels, it does say that it has increased by more than four times, with the threshold rising as hotel size increases.

Launched in 2015, the program will eventually roll out to all 5,000-plus properties worldwide. So far, IHG has seen a double-digit increase in guest Internet satisfaction scores at IHG Connect-enabled hotels.

Cole says hotel companies face a challenge because they franchise their hotels, which means that they have to get owners to agree to pay for the higher bandwidth.

“Most hoteliers recognize the importance of quality Wi-Fi, but in some cases, the upgrade costs are significant and there may be some reluctance on the part of certain hotel owners,” he says.

Still, he says, hotels are finding ways to make the effort, such as buying bigger pipes to support higher Internet traffic and bandwidth demands. They are also adding more access points. Right now, one access point might be shared by four rooms, but some hotels are putting an access point in each room. And they are trying to strike deals with technology and content companies.

“All of this is not necessarily easy, but the enlightened hotel groups are working on strategies to make it work – both for their technology partners, and their hotel owners who ultimately wind up having to foot the bill,” he says.